Previous Next
A great white shark swimming with a slight smile on its face just below the surface. The environment is the deep blue ocean. The shark looks to be in hunting mode.

The U.S. is poised to ban the lucrative trade in shark fins, a move conservationists hope will help protect millions of sharks that are butchered every year to satisfy demand in China and other parts of Asia.

The House and Senate passed identical versions of the proposed ban as part of a broader defense spending bill that President Joe Biden is expected to sign into law. Once he does, it will be illegal for Americans to buy, sell, transport or even possess foreign-caught fins — something ocean conservation activists have long sought. 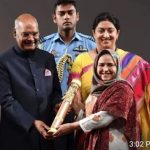 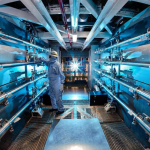