In the final hours of a month long search through rugged jungles swarming with mosquitos, scientists confirmed the sighting of a bird that hasn’t been seen in more than hundred years. A picture of the ground-dwelling pheasant-pigeon was captured via camera trap.

Funding the expedition is The Search for Lost Birds, an initiative to locate 150 avian species lost to science but not declared extinct, organized by BirdLife International, Re:wild, and American Bird Conservancy. 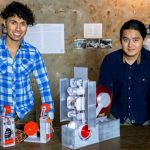 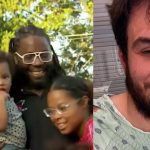