About 150 artifacts considered sacred by the Lakota Sioux peoples are being returned to them after being stored at a small Massachusetts museum for more than a century.

Members of the Oglala Sioux and Cheyenne River Sioux Tribes traveled from South Dakota to take custody of the weapons, pipes, moccasins and clothing, including several items thought to have a direct link to the 1890 Wounded Knee Massacre in South Dakota.

They had been held by the Founders Museum in Barre, Massachusetts, about 74 miles west of Boston. A public ceremony was held Saturday inside the gym at a nearby elementary school that included prayers by the Lakota representatives. The artifacts will be officially handed over during a private ceremony. 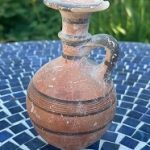 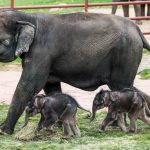