John Gomperts, who lives in Washington, realised that the ancient pieces worth up to £80,000 – including two seventh- and eighth-century BC Cypriot vases – that he had inherited from his grandmother could have come from illicit excavations because they have no collecting history.

He wanted to do the right thing legally and ethically by returning the items to Italy, Greece, Cyprus and Pakistan respectively. 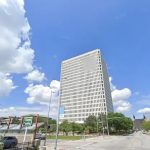 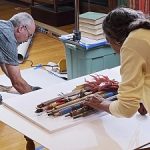