A late-night argument with his girlfriend had a disgruntled 25-year-old Nicholas Bostic out driving around when he saw the fire. Running inside, his cries allegedly woke 4 children and a family friend from their sleep.

Once outside however, the eldest Seionna told Bostic that her 6-year-old sister wasn’t with them.  Wrapping a t-shirt around his mouth, he crawled through the blackness, following the sounds of the girl’s cries.

He then found her, proceeded back through the smoke, ran upstairs, smashed a window with his bare hand, and jumped down onto the lawn where a fire and rescue team had arrived and were beginning work to put out the fire.

Bostic suffered 1st degree burns, a serious cut on his arm, and smoke inhalation, and would be airlifted to a hospital—the child was completely unharmed.

What a hero!  A GoFundMe was made for Bostic’s medical bills by his cousin, which shattered the $100,000 goal by amassing $556,000 for a hero whom the city plans to honor at the next Lafayette Aviators minor league baseball game. 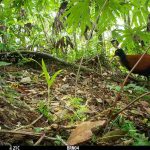 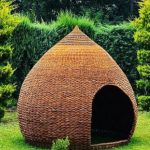