Nallavur is a village of 350 families about 18km from Vanur in Villupuram district. It has seven streets and nearly 50 families, including Chandrasekaran’s kin, live on Eswaran Koil Street.

Speaking to TNIE, P Chandrasekaran said, “I was a primary class student when roads were last laid in our village. I have completed my studies and working as a software engineer now but the old roads remain just the same with no improvement.”

“I tried to get clearance under Namaku Naame scheme. When I approached officials, they asked me to pay half the estimated cost for laying the road for my street,” said Chandrasekaran. He found that after some tax deductions, the final fund allocated by the government may not be enough for the road work. So, he decided to spend the whole amount from his own savings. 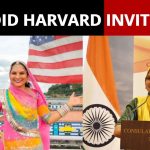