Can you give wings to youngster’s dreams of good future?.  Anand kumar does it and he is a superman because he does it out of passion and without looking to make a business out of it.

Anand kumar was born to a government clerk and took a lot of interest in mathematics. Financial challenges  couldn’t discourage him as he believed that passion and dedication alone could make a man realize his dream. He was given the opportunity to study in Cambridge, but that didn’t fit within his budget. The demise of his father made him realize that his responsibility was at his hometown, with his family. He was offered his father’s job but he chose to start “The Ramanujam School of Mathematics”  instead.

Anand kumar has been appreciated by Indian Prime Minister Narendra Modi, former President of the United States Barack Obama, and many other established personalities. A British magazine recently recognized Anand Kumar as one of the 20 most innovative teachers in the world. Discovery Channel, besides many others, have released documentaries about the Super 30.  Super 30 was selected by Time magazine in the list of ‘The Best of Asia 2010’.

Check out the school website http://www.super30.org/rsm.html. The school does not take donations nor any support from private or government agencies. The training is for one year and it is a free program including free lodging and food!!

Kudos to the man and his mission. Let it inspire more to be like him. 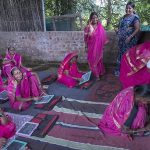 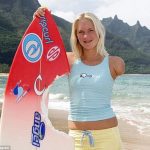