True inspirational story about the man in the Hungarian army, who after loosing his hand, went on to become the two times Olympic gold medalist in pistol shooting.

A persons’s goal isn’t just a dream but a destiny when he is determined to make it a reality. Challenges turn into opportunities when a man is driven to win. Karoly Takacs was an example of this.

It was 1938. Karoly Takacs, a Hungarian sergeant was 28 years of age. He was the serial winner of several national and international shooting championships and had his eyes on the Olympian gold medal for the 25-meter Rapid fire pistol event.

A grenade in the army training camp challenged his dream when it blew up his best hand!

He spent a month recovering in the hospital. Then he decided to focus on what he did have – his left hand. He couldn’t even write with his left hand, initially. Yet, after a year of training, he decided he was ready for competition.

In 1939, he went for the Hungarian national championships.  To everyone’s astonishment, Karoly Takacs won the championships. He later went on to become 2 time Olympic Gold champion.

Check out the Video to get inspired by this extraordinary story. 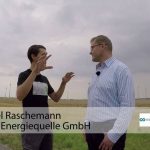 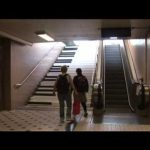