The Indianapolis Zoo will launch a community campaign in July to help name the cubs ahead of their expected debut to the public in mid-September.

Zoya, the zoo’s 7-year-old Amur tiger, gave birth to the triplets. The firstborn was a female and the other two males. The father is 14-year-old Pavel. The zoo said first-time mom Zoya, who was also born at the zoo in 2014.

According to the zoo, all three cubs weighed around 2 pounds each and will be bottle-fed for 12 weeks. The zoo said Zoya is well and healing, while the cubs are healthy and enjoying care from the zoo’s team. 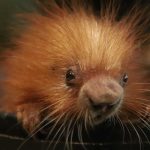