“If you have something, you have to share it with other people,” said Jaswiendre Singh of Phoenix.

A gas station owner in Phoenix is selling gas at nearly a half dollar less a gallon than other stations in the city as prices across the country hit record highs.

Jaswiendre Singh, who owns a Valero Food Mart, was selling regular gas for $5.19 a gallon on Friday, when the average price in the city was about $5.68, according to the AAA.

Most of the cars driving through his station are not Mercedes, Singh said. Because so many customers help him out by doing business at the store, he felt it was important to give back to them during what he called a “crisis.”

“I have to make the money somewhere, someday, right, but not right now,” he said. “Now it’s time to help people.”

Kudos to him and such people who think of others during this crisis time! 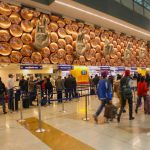 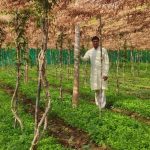