A large number of hares, bisons, jackals, boars, and snakes are found in the region.

In a bid to prevent animal fatalities and human-animal conflict along the Vadipatti-Thamaraipatti Highway, the National Highways Authority of India (NHAI) has proposed the construction of an ‘animal pass-overbridge’ at Wavuthamalai reserve forest range, which borders Madurai and Dindigul.

This could be a first-of-its-kind construction in Tamil Nadu and a proposal recently sent to the State forest department noted that the bridge would significantly reduce the number of animals struck by vehicles on the highway.

Let’s hope for many more such initiatives to ensure a happy co-living environment ! 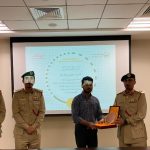 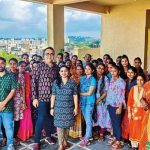