The dog has been reunited with his musher, Sébastien Dos Santos Borges of France, who flew to Anchorage this week, according to Iditarod officials.

Leon, an Iditarod sled dog that slipped from his coat and collar and ran away from a race checkpoint in March, was found alive nearly three months later and 150 miles from where he escaped, race officials said Saturday.

On Tuesday, McGrath locals notified Iditarod Trail Sled Dog Race officials that the dog, who belongs to rookie musher Sébastien Dos Santos Borges of Chazey-Bons, France, had been seen visiting a local homestead where food had been left out for him, race officials said in a statement. 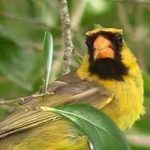