Europe just passed a major milestone on the road to net zero by smashing its renewable energy target, with official statistics showing the continent beat its targets for the use of renewable energy in 2020.

The 27 EU member states sourced an average of 22% of their energy from renewables – two percentage points ahead of the goal that the bloc set itself in 2009.

Glad to see the Renewable Energy space “warming” up to cool the Global warming. It is not just in EU, other countries are also making huge strides.

The UK, which left the EU on 31 January 2020 and is not included in the data, sourced 42% of its energy from renewables in 2020, while in the United States, renewables accounted for 19.8% of that year’s electricity generation, according to US government data.

China, which is the world leader in wind power with 342 gigawatts of capacity, generated 14% of its electricity from renewables in 2020, according to the International Energy Agency (IEA). Beijing aims for 80% of its energy to come from non-fossil fuel sources by 2060.

India is also moving ahead with an aggressive, worlds largest expantion plan in Renewable energy – The country has set an ambitious target to achieve a capacity of 175 GW worth of renewable energy by the end of 2022, which expands to 500 GW by 2030. 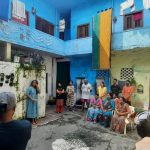 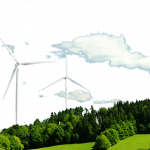