On any given day, swimming across the Palk Strait—the sea channel that connects India and Sri Lanka—is not imaginable. Imagine doing it on a day when there was a cyclone brewing in the Andaman and Nicobar islands, off India’s East Coast.

Jiya Rai, a special child, completed this feat successfully by covering a distance of 29 kilometres in 13 hours and 10 minutes.

Doctors diagnosed her with Autism Spectrum Disorder, a neurological disorder that impacts a person’s ability to perceive, socialize and communicate, among other aspects of behaviour.

Undeterred by the condition that their daughter was diagnosed with, and in keeping with the baby’s liking for water, parents Madan Rai, a naval officer and Rachna, a Chemistry teacher, decided to teach her swimming.

A recipient of the Pradhan Mantri Rashtriya Bal Purashkar (PMRBP), 2022— the highest honour given to Indian citizens below 18 years of age—Jiya, according to her parents, is on a more ambitious mission.

“She is on a mission to become the first and youngest para swimmer of the world by swimming seven oceans,” her Indian Naval Officer father, Madan Rai, signs off. 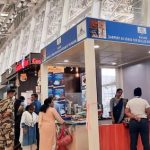 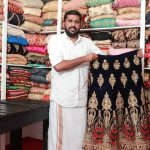