Food waste is a particularly infuriating problem because so much is wasted. A lot of food is wasted while a tenth of the world’s population (around 800 million people) are struggling with starvation, undernourishment, and food insecurity.

However, the Italian city of Milan has come up with a way to confront both sides of this problematic coin with a solution that can and should be replicated in other cities around the world.

In 2019, the city began introducing food waste “hubs” throughout the city, which are places that look like regular supermarkets, but with some notable distinctions.

Firstly, the food on the hubs’ shelves is not to be purchased for profit but are donations by local businesses and supermarkets who have collected their surplus food to give away. Secondly, the customers who shop at the hubs are comprised of Milanese families in need. 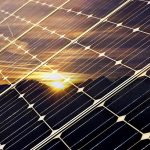