29-year-old Tanvi Dumasia had visited Mumbai to celebrate her cousin’s birthday and forgot her bag in an auto on Saturday. The good Samaritan auto driver, who found the bag on the backseat, visited two-three addresses where he had dropped off passengers.Bag contained expensive clothes, documents and cash;

“I hired an auto from Kastur Park at Borivli West, to go to Gorai. I was carrying two bags, and while getting down I forgot to take one of them. While taking the ferry I realised a bag was missing. I rushed to where I got off the auto, but couldn’t find it,” Dumasia said. “Later, I rushed to Borivli police station and registered a complaint. The cops started checking CCTV footage of the Gorai creek area. However, in the meantime, my cousin received a call from her society watchman that an autorickshaw driver was waiting at the gate to return the lost bag. We rushed to her society and found Singh waiting outside with my bag. I am really thankful for his kind gesture and have also rewarded him with cash,” Dumasia added.

Good to see humanity and righteousness in action! 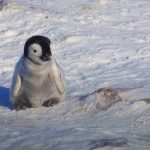 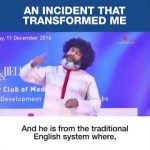