These efficient and affordable homes could be a practical solution to homelessness, poverty, and lead to entire neighborhoods entirely fueled by clean energy.

BillionBricks PowerHyde solar homes, tackle both the global housing issue and the climate crisis in one go.

The concept behind the carbon-negative, self-financing, and scalable housing model was the brainchild of Prasoon Kumar from India and Robert Verrijt from Singapore. The homes are equipped with solar arrays that are installed on the roof which provide homeowners with their own energy along with the opportunity to turn a profit by selling the excess power generated by their home to power companies.

Built in an indigenous prefabricated assembly technique, the homes are also designed to harvest 100 percent of the rainwater, clean household sewage, and make it easier for homeowners to grow their own food. There are also plans to integrate smart technologies within future BillionBricks homes.

These efficient and affordable homes, which won a Holcim Award for Sustainable Construction, could be a practical solution to address homelessness, the relentless cycle of poverty, and lead to entire neighborhoods that are entirely fueled by clean, renewable energy.

So far, sample homes have been erected in Mathjalgaon Village in India and in the Philippines, but BillionBricks has plans to establish a full community of 500 homes that will generate 10 megawatts of power near Manila, the capital city of the Philippines.

Let’s wish them all success !! 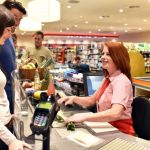 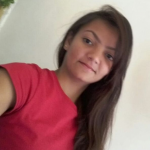