Yet another reason to love technology!

Technology is not only helping humans become mobile again after losing a limb, it has now being adapted for animals too, and in this case, for Mosha, a baby Asian Elephant that lost her right foreleg in a landmine explosion.

When Thai orthopedic surgeon, Therdchai Jivacate, caught sight of the then two-year-old Mosha at the Friends of the Asian Elephant Foundation in 2007, he immediately knew he wanted to help the young elephant walk properly again.

The prosthetic leg was constructed from thermoplastic, steel, elastomer, and weighs roughly 33 pounds (15 kilograms).It took Mosha around 12 hours to learn how to walk on her new prosthetic leg, but once she managed, there was no looking back.Over the past six years, Jivacate has made nine prosthetic forelegs for Mosha as she grew in weight and size.  Mosha currently weighs 4,409 pounds (2,000 kilograms) and is happily walking on all four legs again thanks to Jivacate’s efforts.

What a humane work! 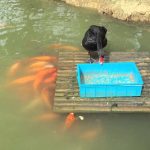 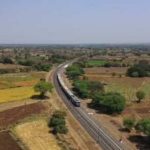