The cumulative installed capacity of solar plants of the Cochin International Airport Limited, with the new plant, has been scaled up to 50 MWp.

Solar plants of CIAL together generate 2 lakh units of power a day whereas the Cochin airport’s daily consumption of power stands at 1.6 lakh units. With this, the Cochin International Airport Limited leaps one step forward from its current status of being a power-neutral airport to a power-positive airport, CIAL stated.

According to Cochin International Airport Limited, the focus was on building the plant by retaining the gradient of the land. It further said that this could accommodate 35 per cent extra solar panels which subsequently will generate more energy. The carbon footprint would be reduced by 28,000 metric tonnes per year, CIAL added. The Cochin International Airport became the first airport in the world in the year 2015 to be fully powered by solar energy, the report added. 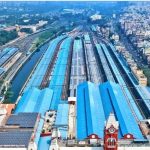 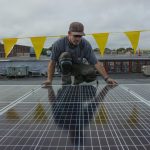