Russian rescue dog Monika has a new spring in her step after being fitted with titanium prosthetic legs — just months after doctors suggested she should be put down because of severe injuries.

However, it wasn’t easy getting Monika into the operation room — she was initially found without her paws in December 2020 by workers in the village of Plastunovskaya, and the volunteers who rescued her suspect she had been abused.

Monika was brought into the care of animal rescue volunteers Marina Gapich and Alla Leonkina, based in the southern Russian city of Krasnodar, where she had her damaged limbs amputated and received a blood transfusion.

Monika’s prosthetics then had to be printed by a 3D printer in the town of Troitstk, not far from Moscow and then biocoated at Tomsk Polytechnic University before Gorshkov carried out the procedure.

“I’m happy to give a new life to the animals since especially now during Covid,” Gorshkov said. “People find some consolation in animals and so by treating animals, I treat people.” 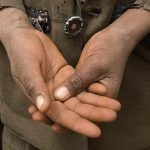 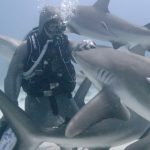