Mallesh Badrappa has been a bonded labourer for the last 15 years. At the age of 6, he was sold to a rose farm owner, as per a report in The New Indian Express.

For nearly 6 years he grazed cattle and then entered the rose bushes. Every 2 days he had to pluck 1500 roses and battle the thorns. But all that is at an end.

Now at 21, Mallesh is attending online classes after having enrolled in the Bachelors of Social Work (BSW) course in Madras Christian College. Education helped him get out of bondage.

His life changed when the District Collector came to his farm in 2013. But it was not all rosy. A social worker enrolled him in a government residential school in Class 6.

Mallesh has plans to be a Collector. His aim is to put an end to child labour. After all, he can empathise with their plight. 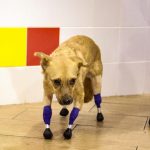