The 44-meter-high PSLV-C51 rocket with two solid side boosters lifted off from the Satish Dhawan Space Center on the Indian island of Sriharikota at 11:54 p.m. Eastern Feb. 28.

The  PSLV injected the roughly 700-kilogram Amazonia-1 into its intended Sun-synchronous orbit 17 minutes after launch. The further 18 passengers were released over the subsequent 98 minutes in accordance with a predetermined sequence.

Optical Earth observation satellite Amazonia-1 belongs to Brazil’s National Institute for Space Research (INPE). This satellite is designed to deliver remote sensing data to the government and science community for monitoring deforestation in the Amazon region and analysis of diversified agriculture across the Brazilian territory.

It carries a wide-view optical imager (camera with 3 frequency bands in the visible spectrum – VIS – and 1 band near the infrared – Near Infrared) capable of observing a 850 km range with 64 meters of resolution. 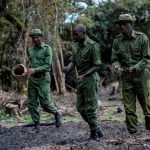 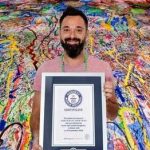