Ordained the “Forest Man of India” by the former president of India, Jadav Payeng planted a tree a day and Single handedly created a man-made forest bigger than Central Park.

At 16, environmental activist Jadav “Molai” Payeng saw hundreds of dead snakes, the victims of a major drought occurring on Majuli Reserve—the world’s largest river island located in the Brahmaputra river in India. He knew at such a young age that someone had to do something, so in 1979, at 16-years old he started planting a tree sapling a day in the barren soil. Now over 40 years later, his forest covers 1,390 acres—approximately the size of 15 football stadiums. Jadav left behind his formal education to give all his attention to the forest. The son of a buffalo trader, Jadav grew up a poor farmer from a marginalized tribal community in Assam, India. 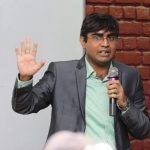 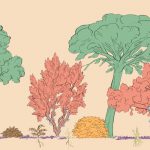