This golden retriever named Meadow was missing in upstate New York for ten days, then a drone was deployed by Brian James to find it.

When a 16-month-old pale-coated golden retriever named Meadow went missing in a wooded area near her home in upstate New York, hiking guide and experienced drone pilot Brian James came to the rescue.

Meadow’s pet parents, Gary and Debbie Morgan, put up reward posters detailing their missing dog’s plight. Even though he’d never met the couple, James felt compelled to help in the search. He knew that with wintry weather likely to hit at any moment, it would be easier to spot Meadow’s near-white fur before snow began to fall.

James set out to look in the area where Meadow had been last seen. Sending his drone aloft, he scanned mile after mile of forested acreage searching for the lost pooch.

The drone’s camera eventually caught sight of her—a tiny dot of white—moving between the trees. Zooming in for a close-up, James knew it was Meadow. 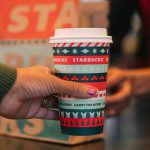 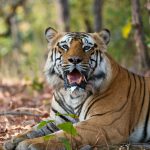