The UK will cut greenhouse gas emissions further and faster than any other major economy in the next decade, according to a new carbon target set out by the prime minister.

There will be a reduction of 68% in annual carbon emissions by 2030, compared with 1990 levels, a significant increase on the current target of about 57% reductions. The raising of ambition on tackling climate breakdown is intended to galvanise other countries to follow suit, as Boris Johnson prepares to co-host a virtual summit of world leaders on the climate next week. 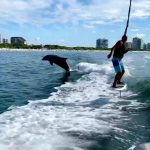 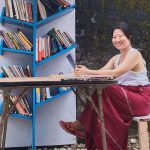