Honouring the contribution of the South Asian community to the Richmond Hill area of the Queens borough, a New York City street has been named in its honour.The busy 101 Avenue, from 111 Street to 123 Street, has been co-named as Punjab Avenue.

This area also has the two largest gurudwaras. According to reports, these gurudwaras fed over 10,000 people during the pandemic. They even provided free meals to Americans living in self-isolation.Read more at: https://southasiamonitor.org/peoplediaspora/now-street-named-punjab-avenue-new-york 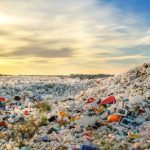