Last year Jackie Worthy stood up for his girlfriend and lost his front teeth in the process. He had no money to fix them. Then strangers stepped in.

Jacquez Worthy recounts this story in the same engaging way he tells all of his stories, so you might find yourself smiling or even laughing right up until the moment you realize the story is much deeper, when he reaches the heart of the matter.

He moved to Columbus on his own about five years ago, while still a teenager, leaving behind what he described as a less-than-ideal family life in Chattanooga, Tennessee. He had a good relationship with an aunt here in Columbus, so he came north to begin his adult life.

One night last year, he and his girlfriend were enjoying a night out. Outside a bar, three drunk guys started to harass her.

“They walk up on her, disrespecting her,” Jackie said. “Me being her boyfriend, I can’t let that happen.”The three weren’t interested in being reasonable. One punched him in the face hard enough to break his front teeth.

Sigrist’s teeth had been knocked out as a child, and after a few conversations he asked Jackie what had happened. He offered to consult with his friend, a dentist, who saw Jackie in October and agreed to do the needed dental work at a discount.

The damage was considerable, so they still needed $9,000. They turned to GoFundMe.

“Total strangers,” Jackie marveled, “just coming together to help Jackie get back on track. I’m humbly thankful for everything that transpired.” 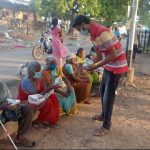 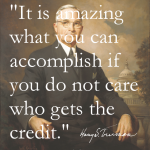