The retired British Army Working Dog suffered life-changing injuries while supporting the British special forces fighting Al Qaeda and has now been awarded the Dickin Medal – the highest award any animal can receive within the British military – from the People’s Dispensary for Sick Animals (PDSA).

That’s the animal equivalent of winning the Victoria Cross, the UK’s version of the Medal of Honor. 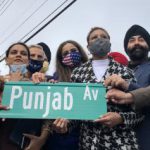