Anang, was a school student when he developed the goggles for the blind (G4B as he calls them). These are like normal goggles but fitted with sensors to alert the visually challenged user about the obstacles ahead.

People who are visually challenged face a lot of difficulties in walking due to obstacles present on road like electric poles, parked vehicles etc.Once Anang helped a blind lady to find directions. This incident prompted him to study and research about the problems faced by visually impaired. He found that blind man sticks/ smart walking sticks to help visually impaired people to navigate were available, which could detect obstacles at the ground but nothing was available, which could detect obstacles at waist level and above. Anang got inspired by navigation mechanism used by bats and incorporated the same in a goggle.Bats do not use their eyes for visual navigation, they emit specific frequency ultra-sound from their mouths or nostrils and detect obstacles by sensing the echo bounced back from the obstacles.

Anang developed smart goggles, which could detect obstacles present ahead of the visually challenged people and give an alert in the form of vibration. His goggles compriseultrasonic transmitters, receivers and microprocessor. The vibration alert in the goggles is on the side (left, right or centre) of the obstruction; the nearer the user comes to the obstruction, the stronger the vibration gets. These goggles are complementing to the blind man sticks and are not designed to replace them.

You can watch his Tedx talk at https://www.youtube.com/watch?v=SFhHPFBZbUo 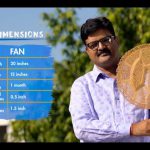 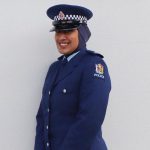