Madhya Pradesh is a frontrunner among three states in the hunt to host the cheetah when it is reintroduced to India’s wilds.

The cheetah was declared extinct from India in 1952. Maharaja Ramanuj Pratap Singh Deo of Koriya is believed to have hunted and shot the last three recorded Asiatic cheetahs in India in 1947. Now, over 70 years later, the fastest land animal appears set to make a comeback in India.

Madhya Pradesh, Rajasthan and Bihar are eager to host the big cats in their respective forest reserves, and a fourth state, Gujarat, is still evaluating sites. While Madhya Pradesh and Rajasthan were part of the original plan, Bihar is an interesting, new claimant.

The tourism potential of the cheetah project is not lost on the states. “The reintroduction would be as much an economic operation as a conservation operation. The cheetahs would promote tourism in the area, create jobs and income for locals. What tigers did for protection of forests, cheetahs will do for grasslands that are under immense threat,” says H.S. Pabla, former chief wildlife warden, Madhya Pradesh. According to Kuldeep Singh Chandela, president of the Rajasthan Association of Tour Operators, “The introduction of cheetahs will create one or two new tourist attractions in the state and take away loads from Ranthambore and Sariska, the two tiger draws in the state. Already, leopard sanctuaries in Jaipur and Pali are new attractions for wildlife lovers.” 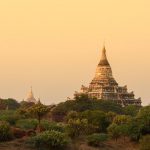 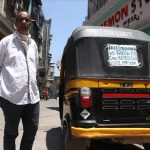