There’s a hidden meaning behind Daisy Watt’s painting, with each flower representing a different stage in someone’s fight against cancer.

Daisy Watt only started painting four years ago when two of her grandparents were diagnosed with cancer and she painted them a picture to cheer them up.

But instead of keeping the money for herself, the kind-hearted artist has donated it all to charity.

After being impressed with the picture she painted for her grandparents, Daisy’s mum, Karen, 50, asked if she’d like to paint a canvas to be displayed at a local gallery and auctioned for two cancer charities.

Bidders from all over the world fought to buy the work featuring forget-me-nots for those who had died and bright flowers for those who survived, and it eventually sold for £9,500. 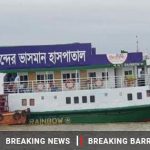 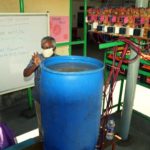