A floating hospital, jointly set up by Bidyanondo Foundation and Bangladesh Coast Guard, has commenced its journey by providing treatment to the underprivileged people of Banishanta Polli in Dacope upazila of Khulna.

The floating hospital was launched on Tuesday to provide free treatment to people inhabiting coastal regions and remote shoal areas, according to Dr Hossain Karim, chief of the medical team of Bidyanondo Foundation.

The hospital, staffed by eight doctors, two dentists, and two eye specialists, will provide treatment to people for the next two months in Khulna, Barishal, Chandpur, Munshiganj, Lakshmipur and Noakhali districts.

“We’ve received an overwhelming response from people in Banishanta Palli,” said Dr Hossain Karim said. He added that relief materials and free medicines would be distributed to people as part of the program. 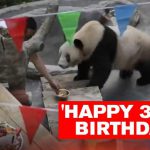 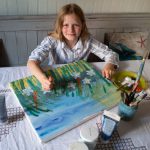