The research was made public on Wednesday and the scientists involved believe that the fluorescent debris is a result of a collision with a sun-like star a few thousand years ago.

Scientists have finally found a valid explanation for the Blue Ring Nebula that surrounds a central star, known as TYC 2597-735-1 which is 6,000 light-years away from Earth. It was 16 years ago, astronomers came across the strange ultraviolet ring (colour-coded blue) surrounding the star with the help of NASA’s Galaxy Evolution Explorer (GALEX) space telescope which is now defunct. Since then there have been plenty of speculations but none have come close to explaining the phenomenon.

“Every time we thought we had this thing figured out, something would tell us, ‘No, that’s not right,’” Mark Seibert, an astrophysicist with the Carnegie Institution for Science, a member of the GALEX team and a co-author on the new research, said in a statement. “That’s a scary thing as a scientist. But I also love how unique this object is, and the effort that so many people put in to figure it out.”

The recent research using the W. M. Keck Observatory in Hawaii has revealed that that the ring surrounding the star is nothing but two cone-shaped glowing clouds made of molecular hydrogen extending away from the star on opposite sides. These clouds form an illusion of a ring when observed from our planet. 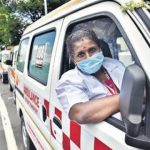 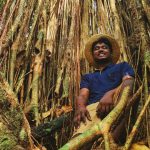