Sai Sethu has been travelling across the country and telling stories of ordinary people in his 99-second videos on Instagram and Facebook. This is why people love these videos

A mechanical engineer from Vellore Institute of Technology, Sethu pursued journalism at the Asian College of Journalism. Later, he worked in television channels and the online media in various capacities like anchor, producer and reporter. “I wanted to do something that leaves an impact on people. The inspiration came from Nas Daily’s one minute videos on Facebook which is hugely popular. There are so many stories of award-winning people who are often left out in the mainstream media. I decided to bring them to light.”

He mentions Ramaiah, from Khamam, Telangana, who has spent the last 25 years growing 10 million trees! Or the iron lady of Madurai who won the Padma Bushan for empowering women with the micro-credit programme. “The award sits pretty in her home. There is still poverty but that doesn’t stop her from doing her work,” says Sethu. There are videos on two youngsters from Kochi who innovated a cost-effective water filter; the banana cart of Dr. Surya Prakash in Hyderabad who takes his cart to the streets of Hyderabad to feed the hungry. “He follows the principle of ‘Each one, eat one, share one’. When people buy from his cart, he requests them to also donate to a free basket kept on his cart,”explains Sethu. There is another similar story about the wall of kindness in Tirunelveli where people can donate used clothes for the needy.

Visit On the Ground on Facebook and on.the.ground.99 on Insta to see the videos 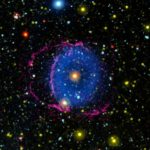 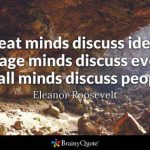